By roguewaveJune 28, 2013Uncategorized
No Comments

Rogue Wave are in the midst of their North American tour in support of Nightingale Floors! Caveman and Hey, Marseilles are out with Rogue Wave on select dates. Click HERE for tickets. 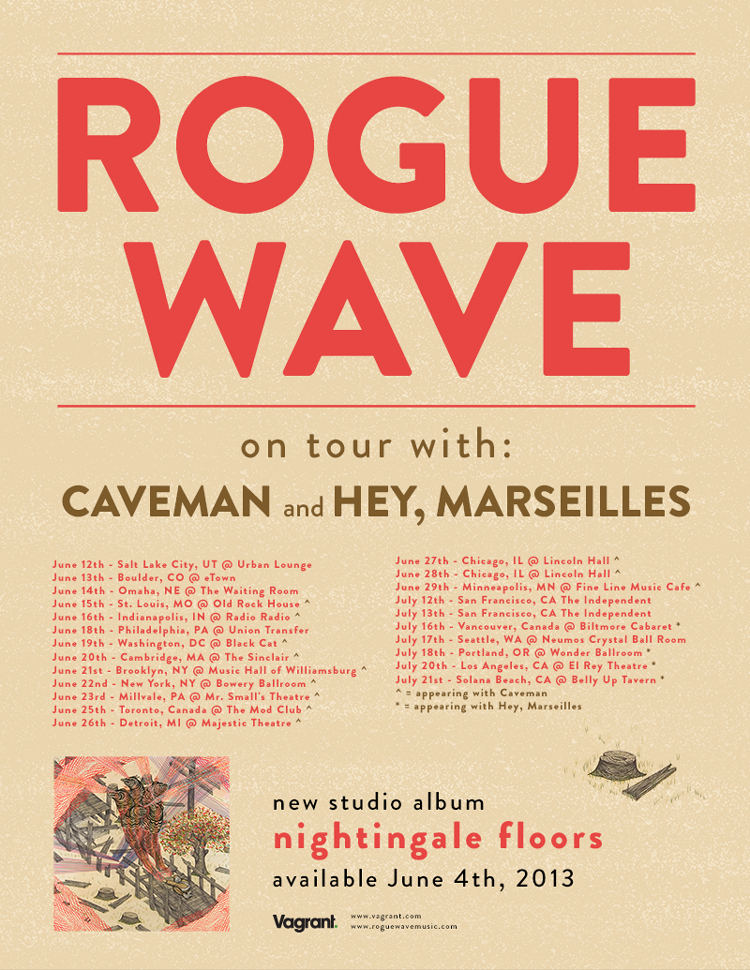