O ver the decade and a half that Rogue Wave has made music, Zach Rogue has continued to expand his band’s emotional spectrum. Drawing inspiration from the inevitable delusions of everyday American life, Rogue, his longtime bandmate Pat Spurgeon, and their fellow members have returned reinvigorated, and with a fresh sound founded on the art of patience, the fearlessness of experimenting, and the unbridled joy of creating something meaningful to help us navigate through these vacant times. Trusting in its own abilities and leaning on each other, Rogue Wave has seized creative control of its identity and sound and is set to smash any preconceptions of its music, revealing the most truthful, powerful, and urgent sonic blueprint of the band to date.

“I wanted the duality, he says, “I wanted the thematic conflict. This is a record of things being out of balance and at odds with one another.”

Taking a longer break in between albums than ever before, Rogue enjoyed his extra time off at home in Oakland with his children. The songwriting process for Rogue Wave’s music is always the same—“me, alone in a room,” as Rogue says—and this time around, he found the most success at home in his bedroom or while driving in his car, even learning to embrace his two-year-old son’s “experimental tunings” on his beloved Taylor guitar. Lyrics, however, did not come as easy, and Rogue only found success with his words when slowing himself down and recognizing that his wild juxtapositions of lyrical themes actually felt right. “I wanted the duality,” he says, “I wanted the thematic conflict. This is a record of things being out of balance and at odds with one another.” Thematically, Rogue Wave’s music has never drifted too far from the subject matter of emotional battles with fear and joy in equal parts. 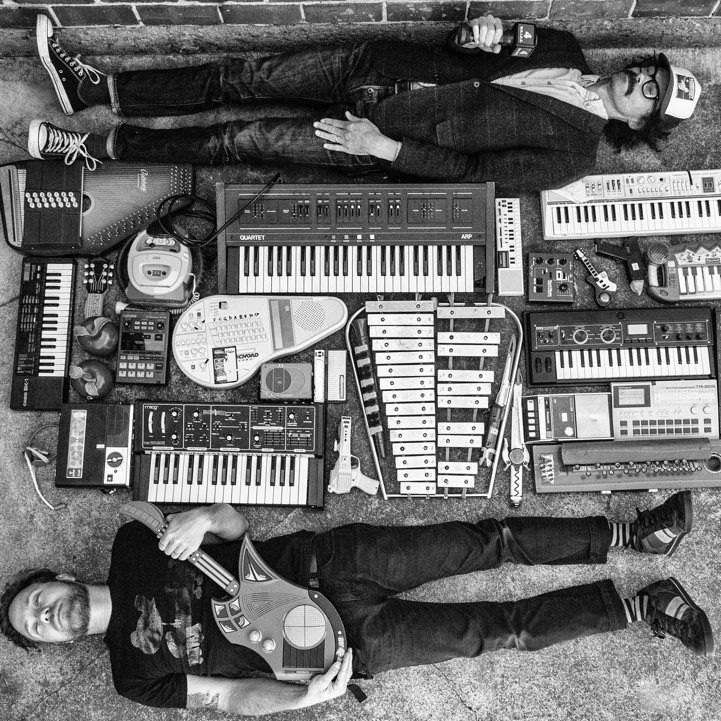 Choosing to title the record Delusions of Grand Fur, a riff on the tendency of fresh-faced musicians to misperceive the reality of band life, Rogue found himself reflecting on all that he had learned through his time in Rogue Wave, in addition to our need as humans to keep up appearances. “You think the world will be your oyster and the wounds you were running away from when you joined a band will magically go away—you think you can just become someone else or get whatever you want,” he says. “But really, we are all deluded in some way. We need to delude ourselves to deal with the impossibility and difficulty of life. Delusion is what keeps the mythology of America alive. It keeps us from facing our history and our true selves. We don’t want to be deluded. We need it.” And once he had convinced Spurgeon of the sincere intent behind the titular pun, they began the recording process.

“We wanted to just go with our own instincts and trust ourselves. Pat really blossomed as an engineer during this record. His curiosity in the studio is just endless. There are no rules. And that’s why I’ve always been so comfortable bringing song ideas to him, because he is so open.”

Rogue and Spurgeon decided to work without a producer, instead recording and producing themselves at their home studio in Oakland. Calling to mind the band’s debut, 2003’s Out of the Shadow, a project in which song arrangements were done entirely on the fly, the band decided to work without recording demo versions of the songs – instead, the demos would simply become the songs. Setting up shop amongst their large collection of well-loved gear at the place they felt most comfortable, the band was free to experiment at will—rarely would they rehearse a song as a band first, instead choosing to tinker and jump off the deep end as Rogue and Spurgeon desired, blessing the process with what seemed like a natural evolution. At times, bassist Mark Masanori Christianson and the band’s new guitar player Jon Monohan would come by to throw in some ideas. But by and large the architects remained Rogue and Spurgeon, resulting in a revelatory experience and so many songs the band could have potentially released a double album. The process taught them to trust their instincts while embracing the fleeting energy of an imaginative spark.

In a way, it could be argued that we chose the most regressive step by tracking our record in such a comparatively low fidelity environment,” says Rogue. “But for the music itself, it is the trajectory I’ve always wanted for this band. It’s the sound of who we actually are, for better or for worse.

“It was really nice working at our own pace,” says Rogue. “We wanted to just go with our own instincts and trust ourselves. Pat really blossomed as an engineer during this record. His curiosity in the studio is just endless. There are no rules. And that’s why I’ve always been so comfortable bringing song ideas to him, because he is so open.” Spurgeon played all the drums on the record, as well as a bit of everything else. In Rogue’s words, even Spurgeon’s experiments became instruments all of their own, and despite the modest environment and DIY approach, the end result is a clearer snapshot of who Rogue Wave is today.

“Overall, I think we have grown more comfortable in our own skin,” say Rogue. “We had total control; we were on our own little island and made the record entirely for our own amusement. As a result, there are some pretty experimental tendencies. It is pretty immersive. There are some very emotional moments. But my relationship with Pat continues to grow. In many ways, I feel like we are just starting to figure out how we like to record music. This record was the most challenging album we’ve ever worked on, but it never felt like a slog. When we are working on songs together, it just never feels old.”